Simple truths: on values, civility, and our common good 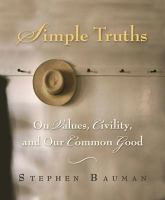 Description
In a minute, a small surprise, something unexpected, a simple truth, that will catch you in an off-guard moment and raise your thoughts to a life deep with meaning. It's rush hour. The radio reports bumper-to-bumper traffic, rising interest rates, falling confidence, and another political scandal, when a quieter, less hurried voice asks: "When was the last time you were asked to do something great?" The question begins a brief observation on simple truths--easily neglected but deeply significant--about life, meaning, values, and our common good.

"As I began preparing these one-minute prompts, I became aware that simple truth is often hidden in plain view. . . . They are simple truths, even homely in their fashion, but remain buried or ignored, not least because of simple neglect in our clogged environment. This is so even for those who desire greater awareness and a more honest life."

"The mere fact that something is true reveals its ancient genetics. The small task I took on was to write and speak to things that were right in front of us today, fashioning little parables out of the cloth of our current culture that might tweak our minds to awareness of simple truth, making conscious what had been shrouded by slumber or intoxicants of one form or another."

"One minute is but a meaningless sound-bite--that's one possible response, I suppose. On the other hand, one minute might also be a window on eternity, or at least and more likely, on the next hour."

"Softly and tenderly this little treasure of a book whispers hope." -Dan Rather

"Goodness is a quality more readily recognized than defined. For that reason, I will only say here that goodness-deep, rich, full goodness-inhabits every one of these pages and that you will recognize and be wrapped in it the minute you begin to read them." -Phyllis Tickle, author of The Divine Hours

A graduate of Yale Divinity School and Yale Institute of Sacred Music, the Reverend Stephen Bauman has been Senior Minister at Christ Church in New York City since 1987. Rev. Bauman is a popular commentator, delivering a daily inspirational message on WCBS Radio. He lives in New York City with his wife, Melissa, and their two children, Luke and Stephanie. 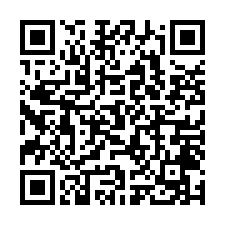