Description
Lucille: The Life of Lucille Ball is an entertaining, informative, scholarly, and fascinating biography of one of the most revered actresses in television history. Moving beyond the typical celebrity bio, author Kathleen Brady separates the actress from Lucy Ricardo, the antic, enduring character she created on I Love Lucy.

Brady is the only biographer to have spent extensive time in Jamestown, New York, Lucille Balls hometown, where she interviewed Balls childhood friends. Other interviews for the book included family, employees, Bob Hope, Katharine Hepburn, Ginger Rogers, Milton Berle, Maureen OHara, Maxine Andrews of the Andrews Sisters, and the late chairman of CBS Bill Paley. Kathleen Bradys definitive biography presents a human Lucille Ball the fans have never known: the would-be showgirl in New York, fired almost as soon as she was hired because she was too flat-chested and mousy; her great love for Desi Arnaz, their tempestuous marriage, the day she thought she had killed him with a hammer, and the incident that ended their marriage; Lucille as head of Desilu Studios, overriding the advice of her most trusted executives and agreeing to green light the pilots of Star Trek and Mission Impossible; and her run-in with the House on Un-American Activities Committee and fears of being black-listed.

Brady reveals that Lucille Balls life was a roller coaster, going from disaster to victory and triumph to tragedy. As a young woman, Ball believed that she had to work had to make people like and appreciate her. As a star, she felt she had to work hard to maintain her popularity, and was also conscious that what her fans wanted from her was not herself, but Lucy Ricardo.

Of the first edition of this book, published by Hyperion in 1994, critic Molly Haskell wrote: "Its a beautiful portrait of someone with enormous talent as an entertainer and heartbreaking fragility as a woman. In giving Lucille Ball the serious appraisal she deserves, Kathleen Brady has really gotten behind the scenes and the cameras to provide an invaluable chronicle of several areas and eras of show business."

New to this edition of Lucille is an introductory essay focusing on the place of the character of Lucy Ricardo in the history of comedy, going back to the traditions of the Italian commedia dellarte and forward to the end of the 20th century. In this essay, Lucille Ball is compared to other key female figures in comedy like Mabel Normand, Mae West, Frannie Brice, Gilda Radner, and Fran Drescher. As the author writes, "Lucille Ball was a revolutionary figure because Lucy Ricardo was the first female character to combine the knock-about physical comedy of vaudeville and music halls (and 15th century carnivals) while being beautiful, feminine, and sweetly appealing." This edition also includes many new photographs from various sources. 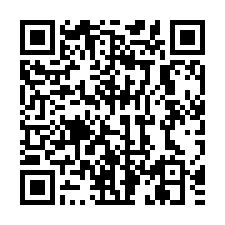