Vermeer's hat: the seventeenth century and the dawn of the global world

In the hands of an award-winning historian, Vermeer's dazzling paintings become windows that reveal how daily life and thought--from Delft to Beijing--were transformed in the seventeenth century, when the world first became global. A painting shows a military officer in a Dutch sitting room, talking to a laughing girl. In another, a woman at a window weighs pieces of silver. Vermeer's images captivate us with their beauty and mystery: What stories lie behind these stunningly rendered moments? As Timothy Brook shows us, these pictures, which seem so intimate, actually offer a remarkable view of a rapidly expanding world. The officer's dashing hat is made of beaver fur, which European explorers got from Native Americans in exchange for weapons. Those beaver pelts, in turn, financed the voyages of sailors seeking new routes to China. There--with silver mined in Peru--Europeans would purchase, by the thousands, the porcelains so often shown in Dutch paintings of this time. Moving outward from Vermeer's studio, Brook traces the web of trade that was spreading across the globe. The wharves of Holland, wrote a French visitor, were "an inventory of the possible." Vermeer's Hat shows just how rich this inventory was, and how the urge to acquire the goods of distant lands was refashioning the world more powerfully than we have yet understood. 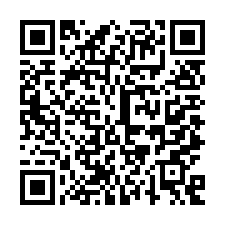