Description
Expanded to include an additional 29 artists, among them the 17th-century painter Josefa de Ayala; the 18th-century portraitist Catherine Read; the 19th-century sculptor Marcello; and the innovative American printmaker Caroline Durieux, the second edition of Women Artists is evidence of the growing interest in the lives and careers of women artists. Additional annotated entries are included for the painters, printmakers, photographers, sculptors, and craftswomen represented in the earlier volume. Because of the amount of information now available on women architects, they are not included in the second edition. The main section of the book consists of 185 individual artist bibliographies, arranged by century from the early middle ages throughout the 20th century, with a cutoff birth date of 1930. A short biographical sketch introduces each artist; most of the bibliographies close with a list of public collections in which examples of the artist's work can be found. Piland treats the general subject of women artists in a bibliography that includes surveys, biographical dictionaries, catalogs, bibliographies, microfilm collections, slide sets, and dissertations. The final section is a selected bibliography on needlework, the traditional art of women. With 43 black-and-white reproductions. From reviews of the first edition, by Donna G. Bachmann & Sherry Piland (1978) "...immensely helpful...the first full-length bibliography in English that treats only women artists...providential..." -CHOICE "...recommended..." -LIBRARY JOURNAL
Also in This Series 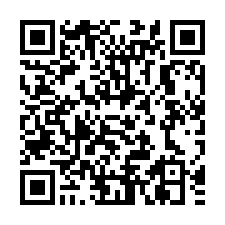